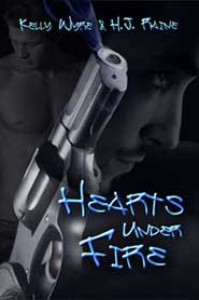 This was actually a unique combination for me. I think I have never seen a dom quite like Daniel. The story still turned out to be a good one, but not the A+ I was initially going for. I always try to be up for some fresh plot twists and turns, sometimes they work out for the better, sometimes not. In this case it was somewhere in the middle, so I go with a B-. The story is a good one, I just wished for more D/s elements because I so much enjoyed how the authors established the dynamics in the beginning. B-