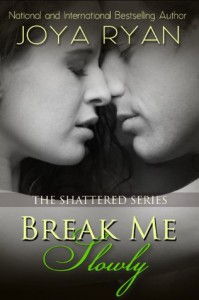 If there's one thing I am a sucker for it's a gentleman dom, a hero who is commanding, sexy as hell and takes what he wants, but simultaneously is well behaved and chivalrous towards women in general and the heroine in particular, all of which Adam Kinkade is ... NOT.

Imagine a seriously damaged virgin heroine who is invited to dinner by a gorgeous, beautiful billionaire. So far so good. She's a bit reluctant, doesn't know how to deal with it, all in all is in way over her head and maybe even reacts a little bit stupid, due to all her hormones playing up. But nothing too TSTL for this reader. She discovers that Mr. Kinkade bought the residential building where her bipolar mothers lives and that he is planning to tear it down for new development. Enraged she races into his office to ask him WTF ... and he says "kneel", she drops down and for the first time in her life feels really really good. Huuuh? She then proceeds to give him a blowjob, her first one of course as she's, as already mentioned, a virgin. After coming in her mouth he leaves her unsatisfied and tells her that she really has "to work" for it if she wants to talk to him again.

It's clear, he's an asshole, and sorry, I usually don't use such words, but in this case I can't think of anything else suitable. But the heroine, apparently, is so overwhelmed by lust that she doesn't slap him but becomes his willing doormat. Grrr, worst DNF in 2013.